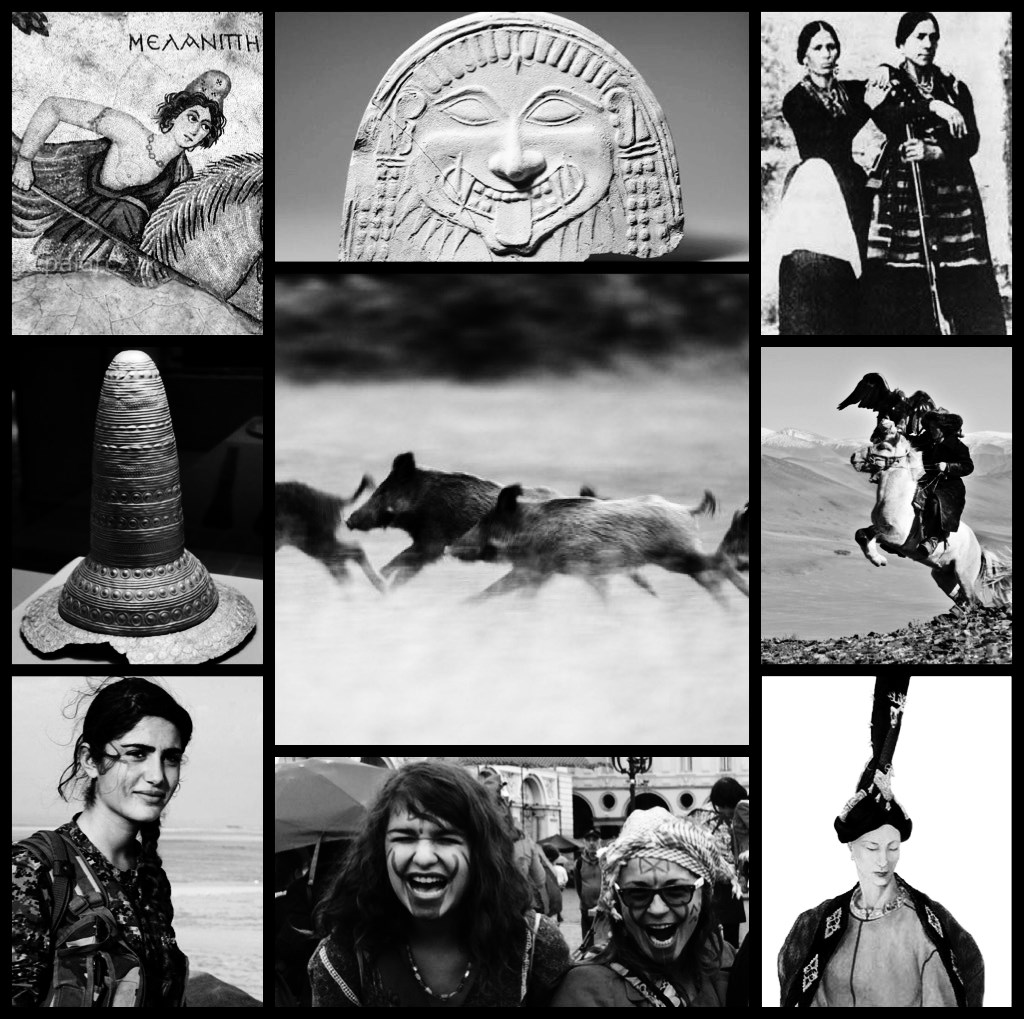 Throughout time, the Amazons have been confined to the realm of mythology as legendary warrior women haunting the nightmares of the Hellenic world. Amazons being put to death by Greek heroes prominently figure amongst the iconographic themes of the Classical period of Greek art. According to such tradition, the Amazons were an exclusively female society, where men were despised, the weaker enslaved, male children castrated, and women themselves deprived themselves of their womanhood by mutilating their breasts.

Meanwhile, archaeological research has shown the Amazons to have been live women that existed well beyond the monstrous myths concocted by the heralds of patriarchy. The name Amazon itself goes well back to pre-Hellenic times, indicating exotic communities of the Euro-Asiatic steppe, where women were by no means oppressed, but honored not merely as mothers of their daughters and sons, but as able warriors and hunters as well. The name Amazons stood for tribes where “women had equal rights”, were by no means subject to the restrictions imposed by marriage, and actively participated in finding decisions within their clan. This kind of society could not be tolerated by Greek culture, which considered women as prey to be exhibited, and segregated them within the Gynaeceum.

The Amazons constitute a lineage of Shaman women that are the daughters of Artemis and Cybele, worshipping the Lady of the Forest and the Mountains, and befriending lions, hogs, serpents and griffins. The “weapons” the Amazons brandished, bow, dagger, spear, axe and sword, were no simple instruments of warfare and destruction, but rather Shaman devices, belonging to the symbolic equipment of many a Goddess in Her darker aspects.

The assertive power of the Amazons should become once more part of our lives as women, not just politically, but investing each and every aspect of our being, recovering both our ferocity and our compassion.

This seminar is dedicated to the energy of boars and lions. We seek the source of our power, free of wrath, and burning like a living flame that vibrates and transforms. The Earth desperately needs a female leadership that is neither based on the ego nor on imitations of the distorted male models that currently determine politics, culture and religion. Ecstatic practice may help us to kindle that irreverent and fearless part of ourselves that is also creative, inspiring both our personal life and beckoning us to act within our community.

To participate, bring your drum or bell. The instrument should be your own, and not lent by anybody else.