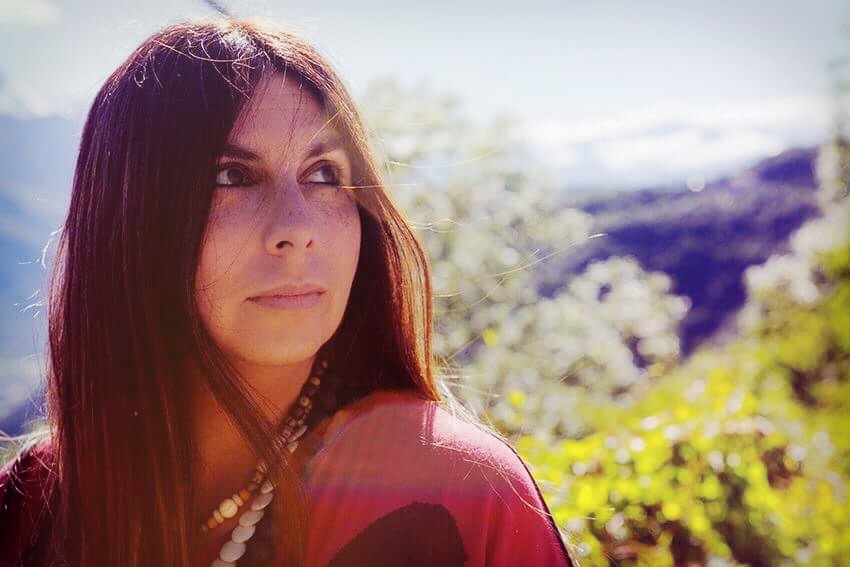 Morena Luciani Russo, born in Turin in 1975, is a ritual artist, teacher of shamanism, and independent researcher in the field of social sciences, focusing on anthropological aspects of Sacred Feminine, archeo-mythology, states of widened awareness and methods of healing.

From early on, she dedicated herself to singing and painting, taking up university studies which she concluded in 2000 with a degree in anthropology at the University of Turin. This was to be the beginning of her research on female spirituality and the sacred, on shamanism and on matriarchal culture. In 2007, she met Vicki Noble, Luciana Percovich, and the first Italian group of Dakinis.

In 2010, Morena Luciani Russo founded Laima, a cultural organization that promotes matriarchal culture and female spirituality, and seeks to develop new models of living that provide greater balance. In collaboration with Luciana Percovich, she has also organized international meetings dedicated to Native Peace Cultures (2011-2016) and the conference “Marija Gimbutas. Twenty Years of Goddess Studies” (2014), the latter in a joint effort with Sarah Perini and Daniela Degan.

Recently, she has dedicated herself increasingly to her spiritual research, to meditation and the use of drumming as an experience of heightened awareness, beginning to organize women circles as well as a first cycle of seminars “Women, Drumming and Shamanic States of Consciousness”. In the artistic work she recomposes the thousand faces of the Goddess, in search of a fusion between the contemporary language and the ancient symbols of neolithic art.

She organizes workshops, conferences, women circles, Gylanic circles and workshops all over Italy.Her book on “Shaman Women” was published by Venexia in 2012.

Morena Luciani Russo has two children, and lives and works in the Susa Valley, in North Western Italy.